A traffic ticket can mean more than just an expensive fine. Too many traffic violations can lead to higher insurance rates, additional fees, and even a suspended license. Hiring a traffic ticket lawyer in North Carolina can save you money in the long run and keep your driving record clear.

Some of the most common traffic tickets and traffic violations for drivers in North Carolina include:

Costs of a Traffic Ticket

The costs of a traffic ticket can add up to more than just the fine. Too many traffic tickets can lead to higher insurance rates. Too many violations can also result in a suspended license, which can take time and money to get reinstated. If you can't pay the cost of a ticket up-front, late fees can be added on, increasing the cost.

Do Not Ignore a Traffic Ticket

Do not ignore a traffic ticket. Some people think a ticket is not a big deal, or they forget about the ticket, or they move and didn't get the court notice in the mail. Failing to show up for a traffic violation can lead to more serious problems. Failure to appear in court can result in the judge issuing a Failure to Appear (FTA). This can lead to a bench warrant, where the police can later arrest you just for not going to take care of your traffic ticket. If you have an FTA, talk to a lawyer about clearing it up so you will not be arrested for something as minor as a traffic ticket.

Benefits of Using a Lawyer for Your Traffic Tickets

There are a number of benefits to using a lawyer to deal with your traffic ticket. In many cases, your lawyer can appear on your behalf so you don't have to take a day off work to deal with the ticket. An experienced traffic ticket attorney also understands these cases, knows what to look for, and can fight the ticket to keep your record clean.

An experienced traffic violation lawyer may also be much more affordable than you expect. With the possibility of added fees, time away from work, childcare, higher insurance rates, and a possible suspended license, hiring a lawyer can save you time, money, and the frustration of dealing with traffic court.

If you have an upcoming court date for a traffic ticket, multiple violations, or the judge issued a bench warrant for a past traffic violation, contact an experienced Cape Fear area traffic ticket lawyer today. Contact North Carolina attorney Matthew J. Dixon today for a free consultation on your case.

Thank you for contacting us. We will get back to you shortly.

Please complete all required fields below. 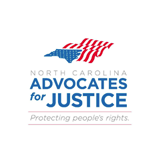 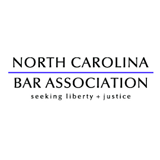 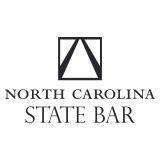